SENECA – BECAUSE IT MATTERS CAMPAIGN

As Seneca embraced its strategic positioning, the Because it matters tagline and campaign became the clear choice. It conveyed the seriousness, pride and respect that’s mutually felt by Seneca and its students.

In Summer, 2014, Seneca came to us with an urgent and important project: develop an advertising campaign in time for the Fall recruitment season. They had been without a general awareness campaign for three years and were anxious to remind prospect post-secondary students why they should choose Seneca. Working closely with the marketing team and the President, within 11 weeks, the multi-channel “Because it matters” brand awareness campaign was in market. To this day, “Because it matters” remains Seneca’s signature, with a new creative execution in development for Fall.

Despite our accelerated timeline, we believed that the only way to get to the right creative solution for Seneca was through our proven strategic process. We conducted extensive research to understand what prospective students are looking for in a post-secondary institution, and to test some long-held assumptions (ours and our clients’). We discussed our hypotheses and insights with our client and came to understand that Seneca students are united by a shared mindset. They may be uncertain about their future, but they are steadfast in their commitment to work hard to achieve their goals and in their need for a school that will help prepare and support them. 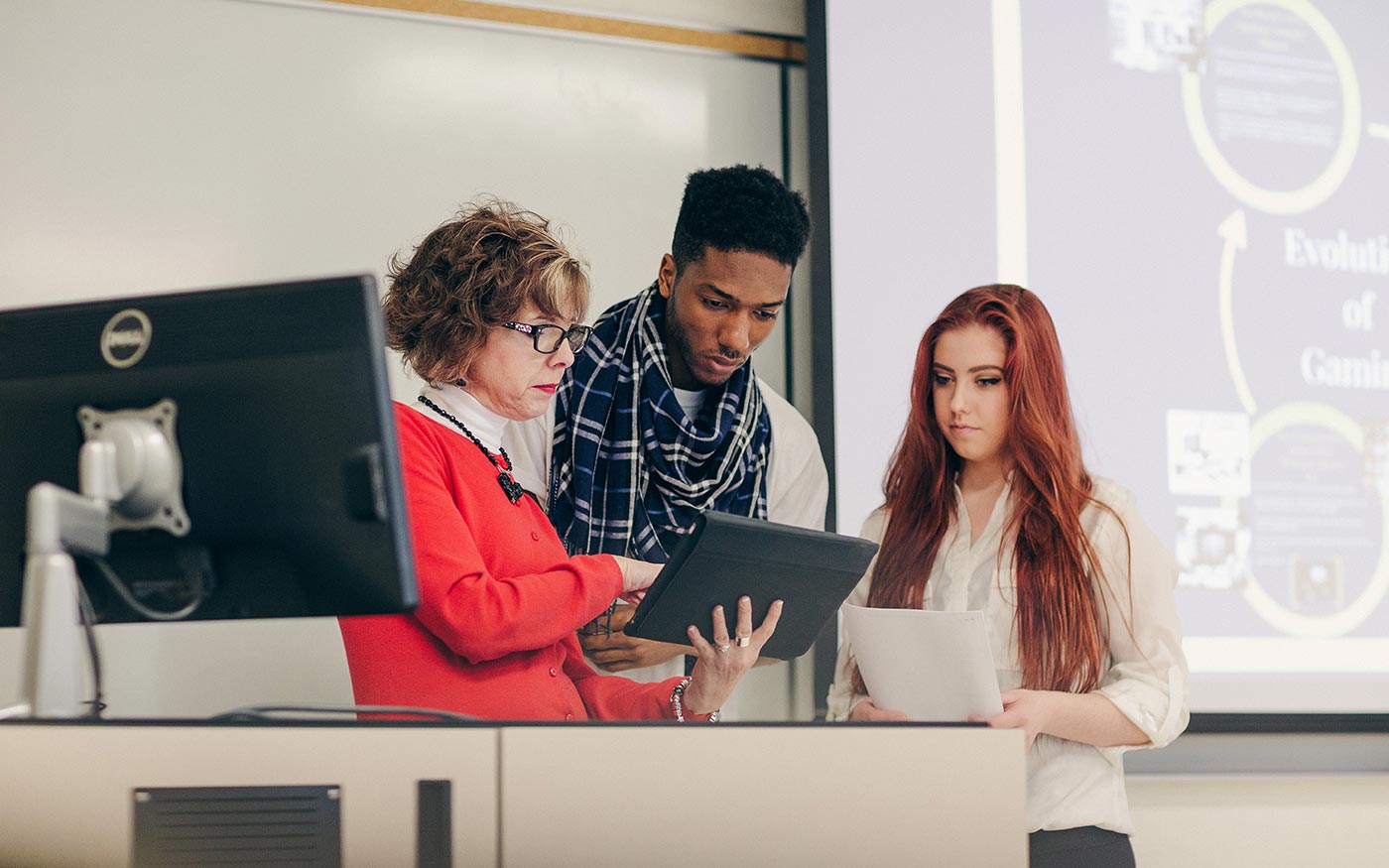 With this discovery made, the “Because it matters” tagline was the clear choice from the variety of options we developed. It conveyed the seriousness, pride and respect that’s mutually felt by Seneca and its students. From there, it felt right to introduce the tagline with a creative execution featuring actual Seneca students, graduates and faculty telling real and personal stories.

The initial phase of the “Because it matters” campaign featured 9 Senecans whose stories were told in traditional and digital advertising as well as on a campaign microsite. Following an initial introduction by the Seneca media team, SOS planned and managed the photography and interview process, liaising directly with the models on our client’s behalf. We repeated the planning process for phase 2 of the campaign, showcasing 11 new Senecans and expanding our media buy to include television advertising, influencer marketing and social media management. 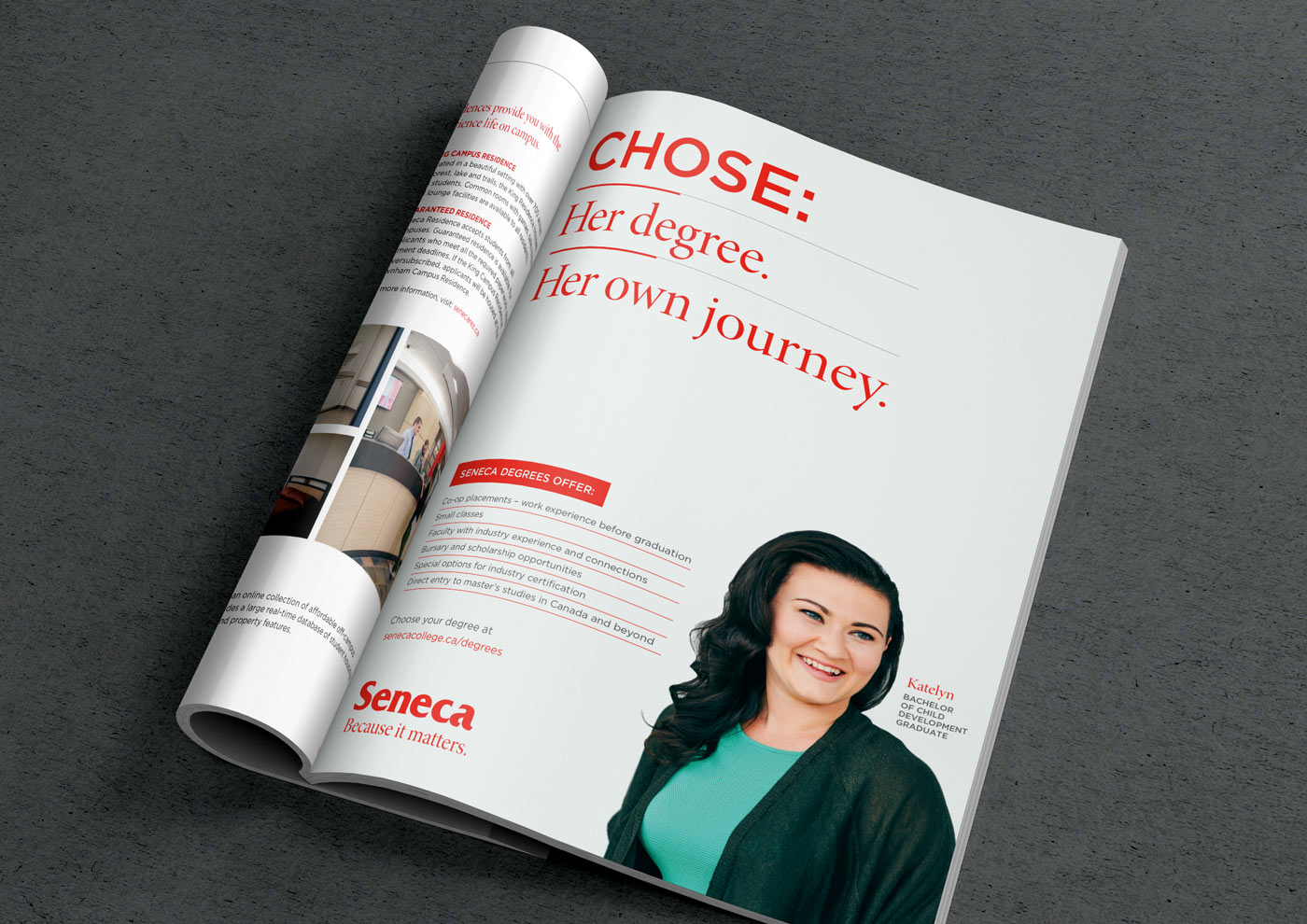 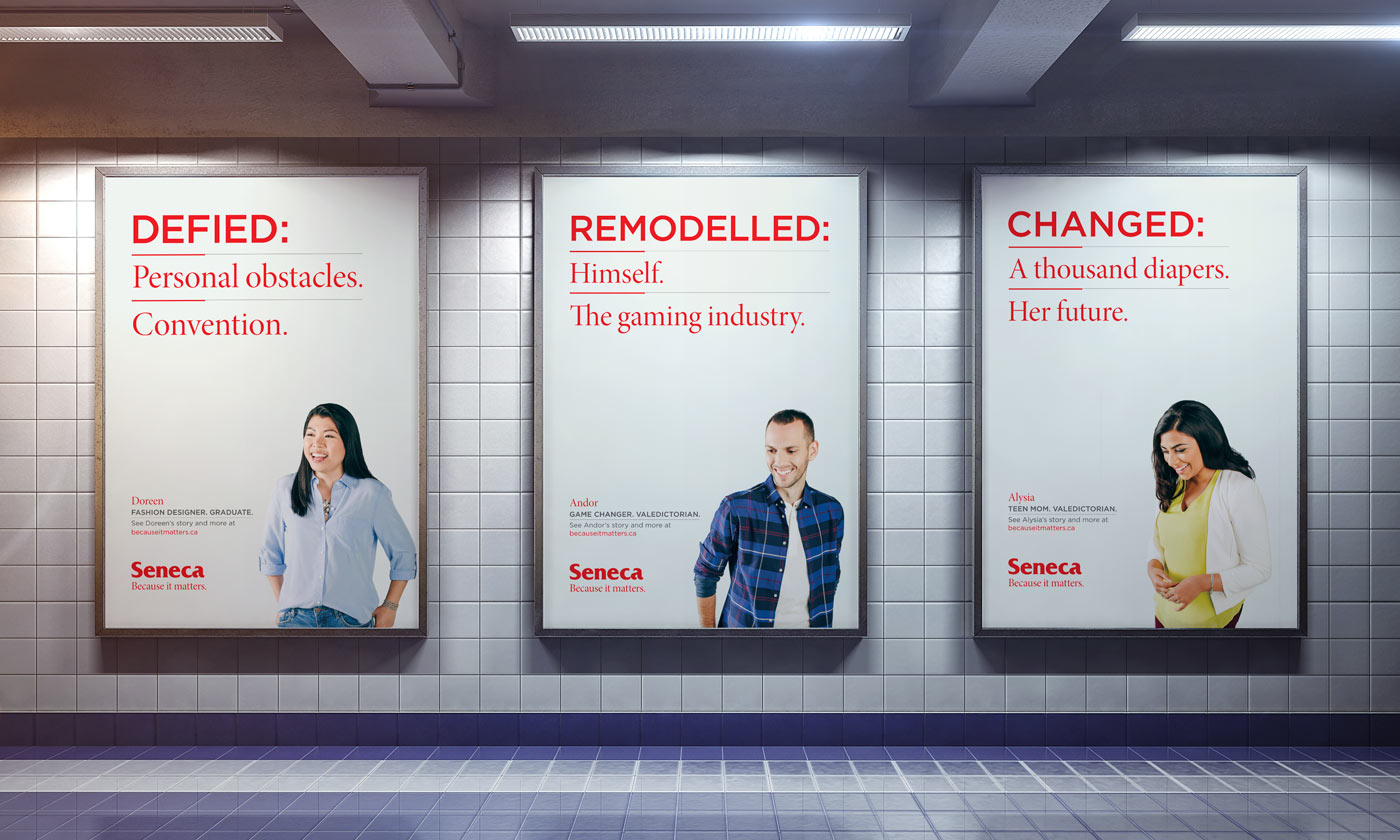 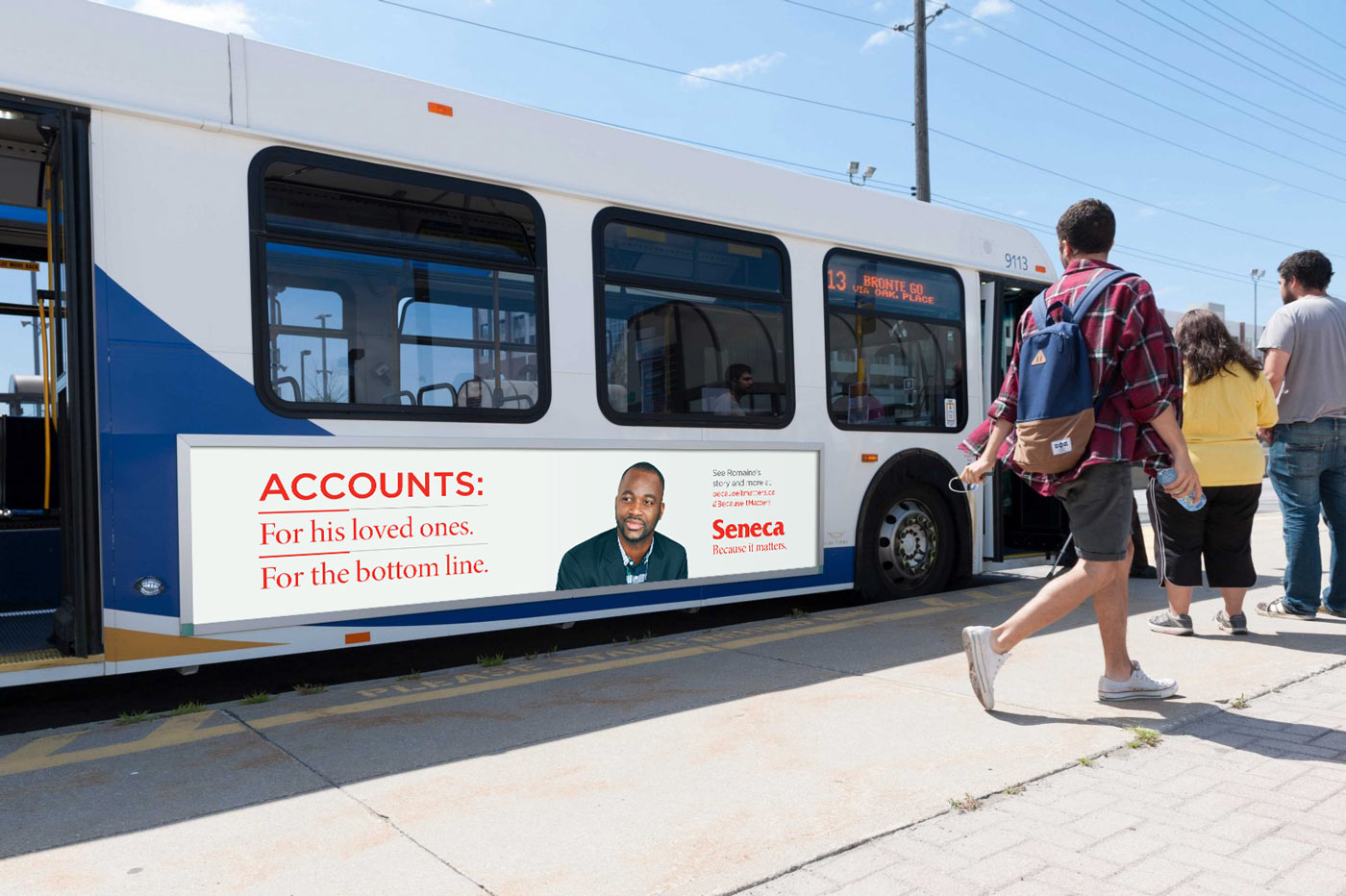 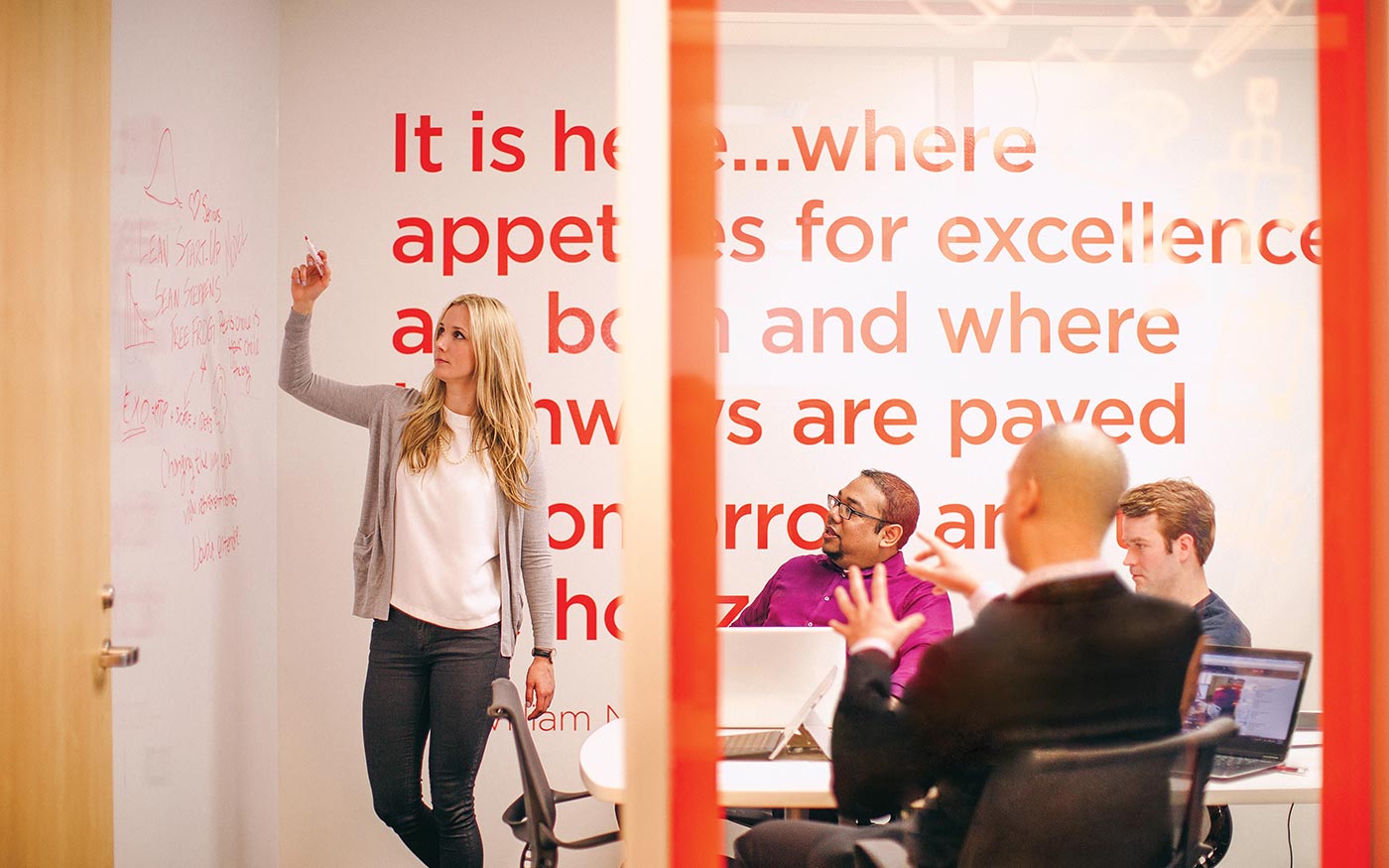 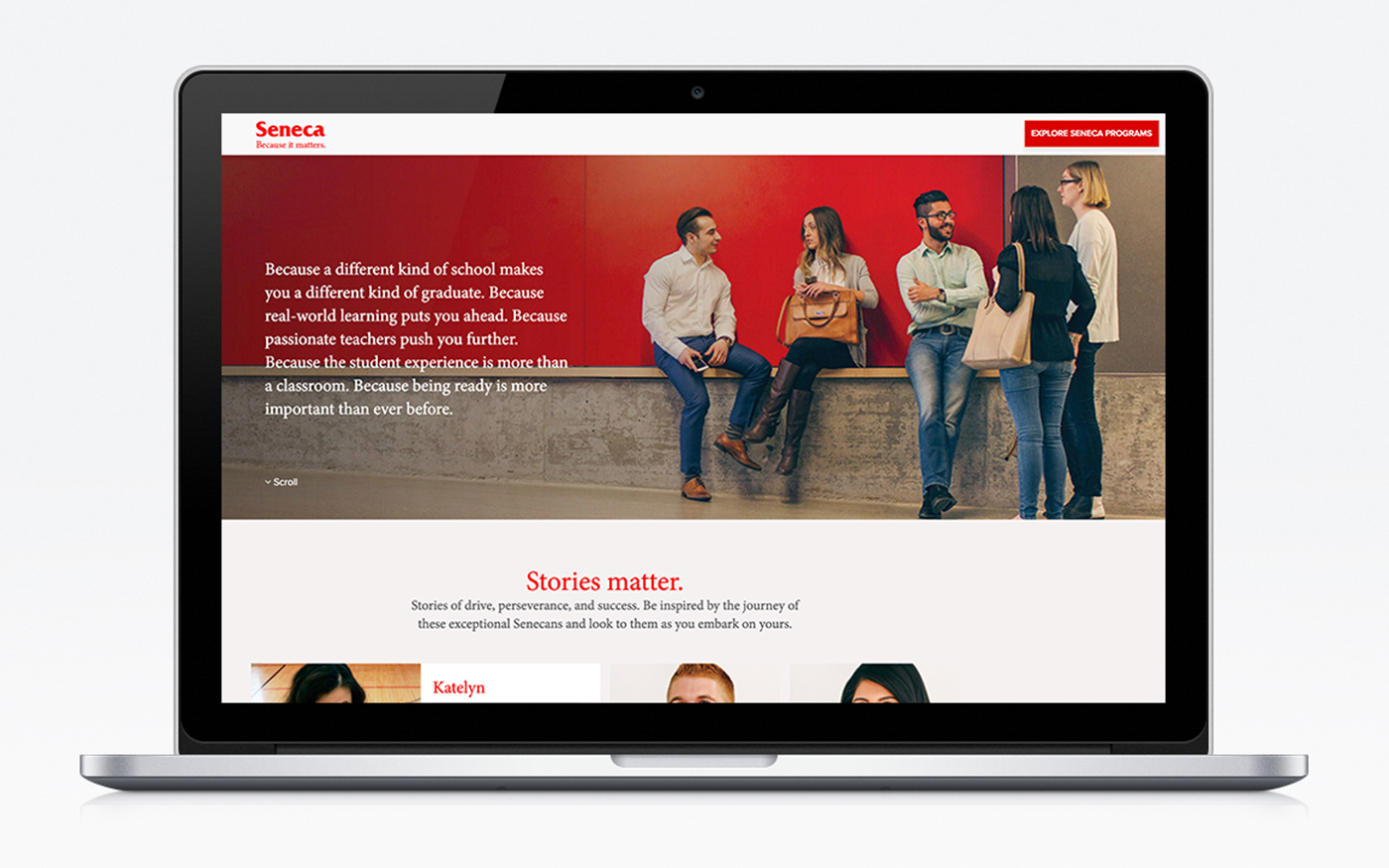 The “Because it matters” microsite is the central hub of the campaign. With 20 stories, showcasing a range of programs and support services, it shows all the ways Seneca partners with students to achieve their goals. The responsive site has evolved since its launch to include personal video testimonials, modal windows that provide detailed program information, a live chat feature and related stories. It supports the campaign while still making it easy for prospective students to apply to the school. 300,000+ page views are proof that people are interested in Seneca and its stories. 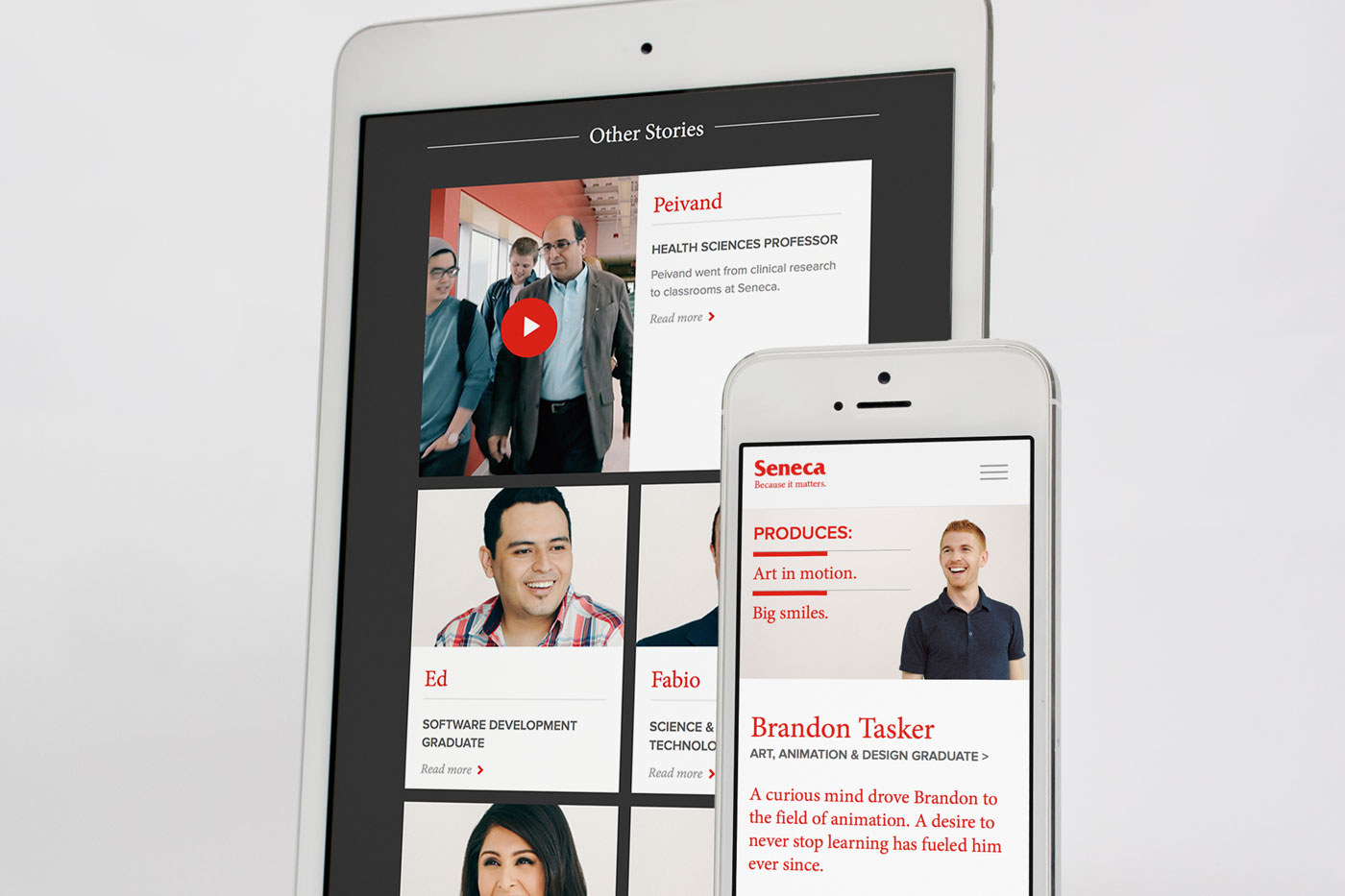 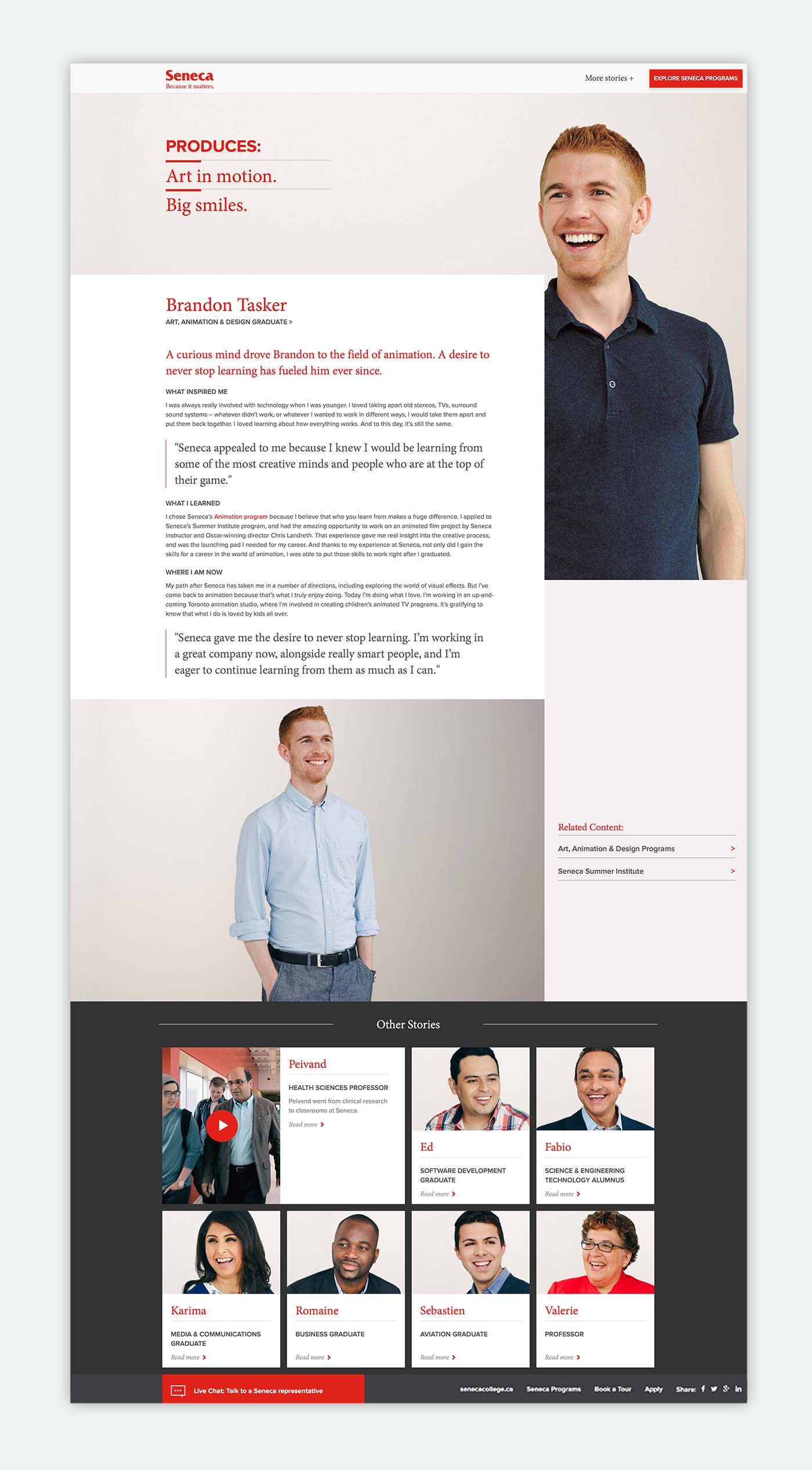 In the second phase of the campaign, we brought the personal stories to life with a series of videos. We selected 3 of the featured Senecans and produced testimonial videos, filming and interviewing them at locations that were relevant to their stories. In addition, we used B-roll footage to create a general brand video, providing the storyboard and script to the production team. To make the most of our client’s investment in these videos, we repurposed them for use as television commercials, digital ads, and social media content. 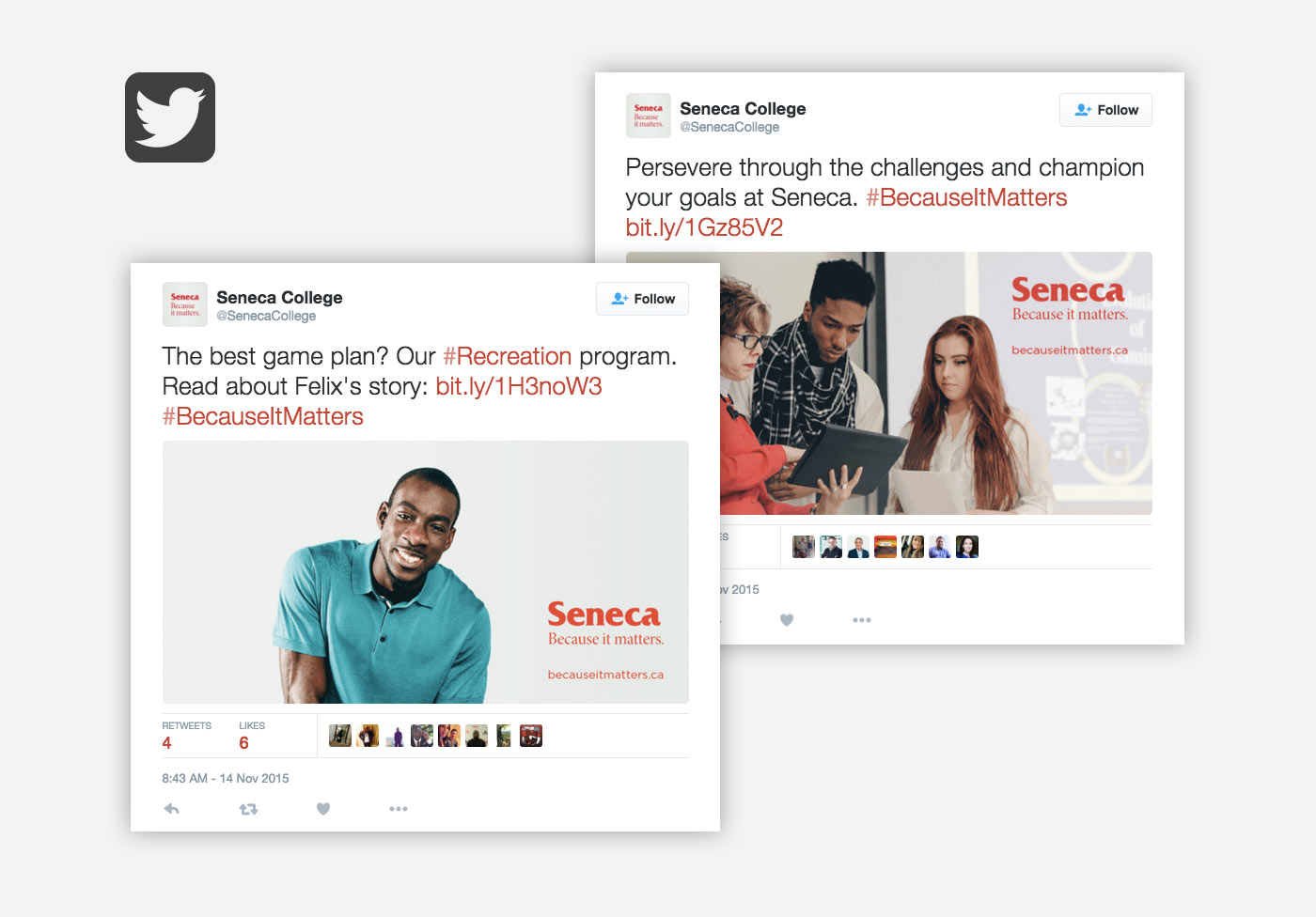 For all content related to the campaign, we worked closely with Seneca’s social media team, providing content for three tweets each day, and engaging students and prospective students in conversation about what matters. We also worked with Influencers to develop content inspired by the campaign, putting Seneca in front of a new and broad audience. These Influencers posts have contributed to 2,100+ Instagram likes and hundreds of comments. 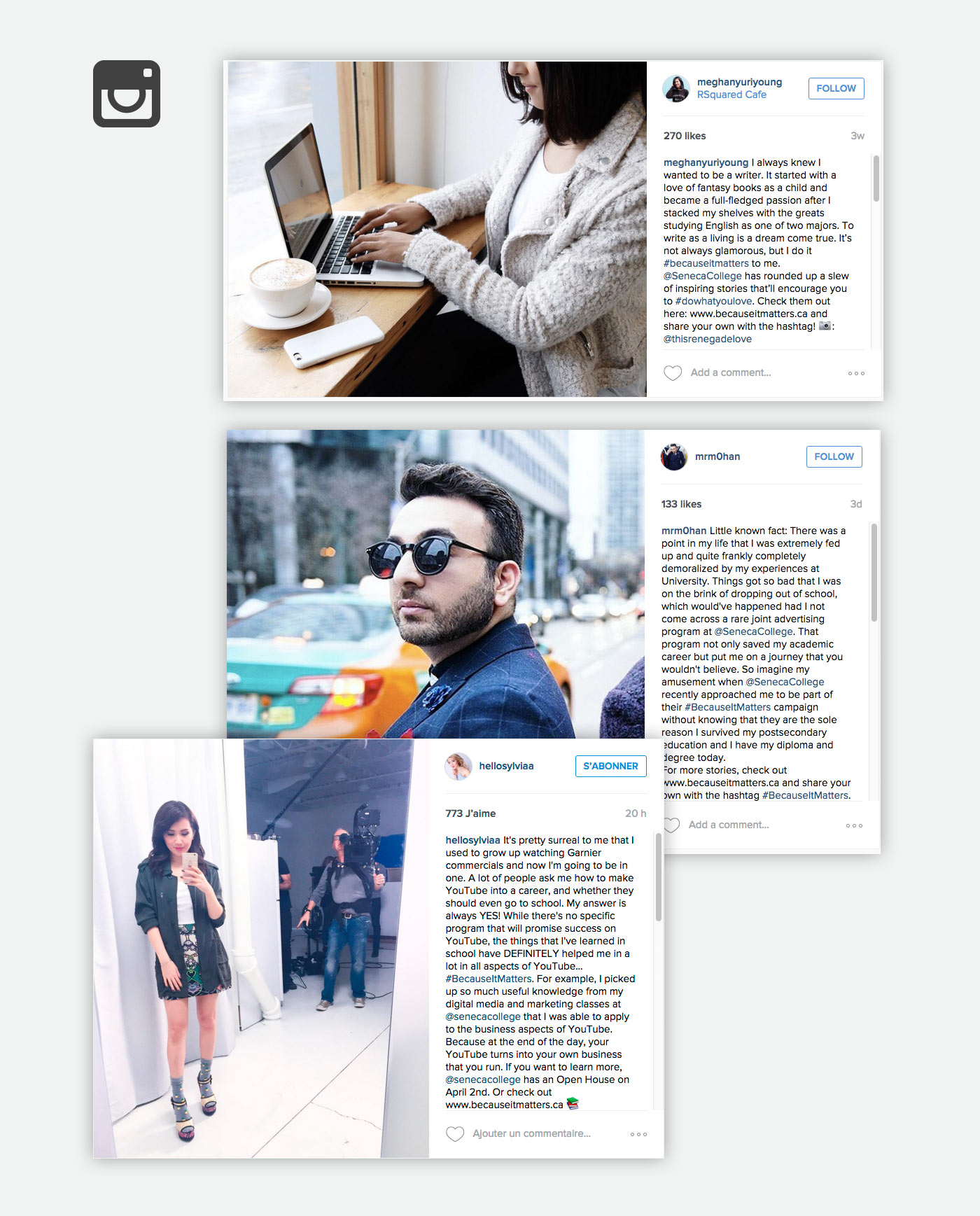 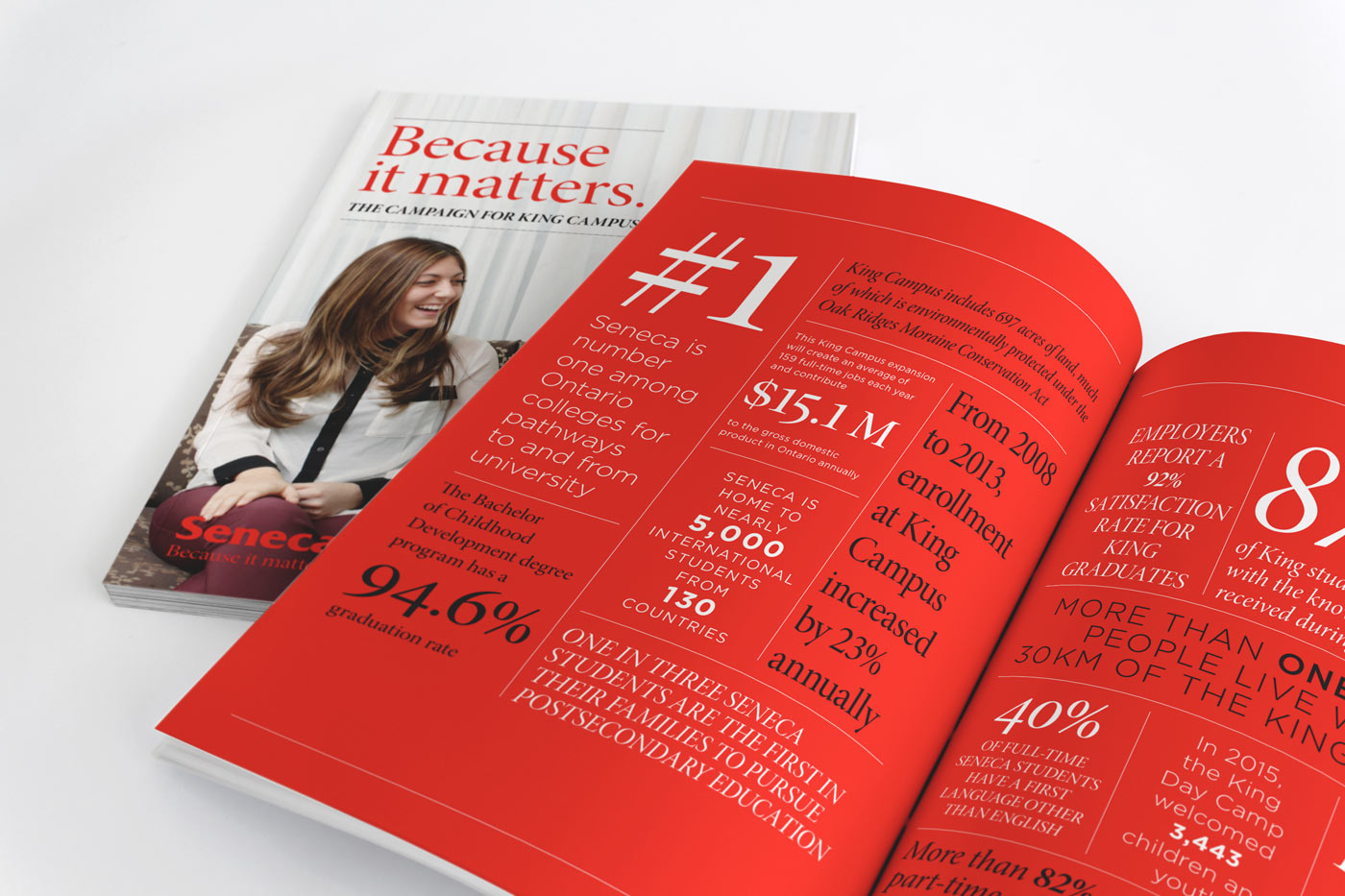 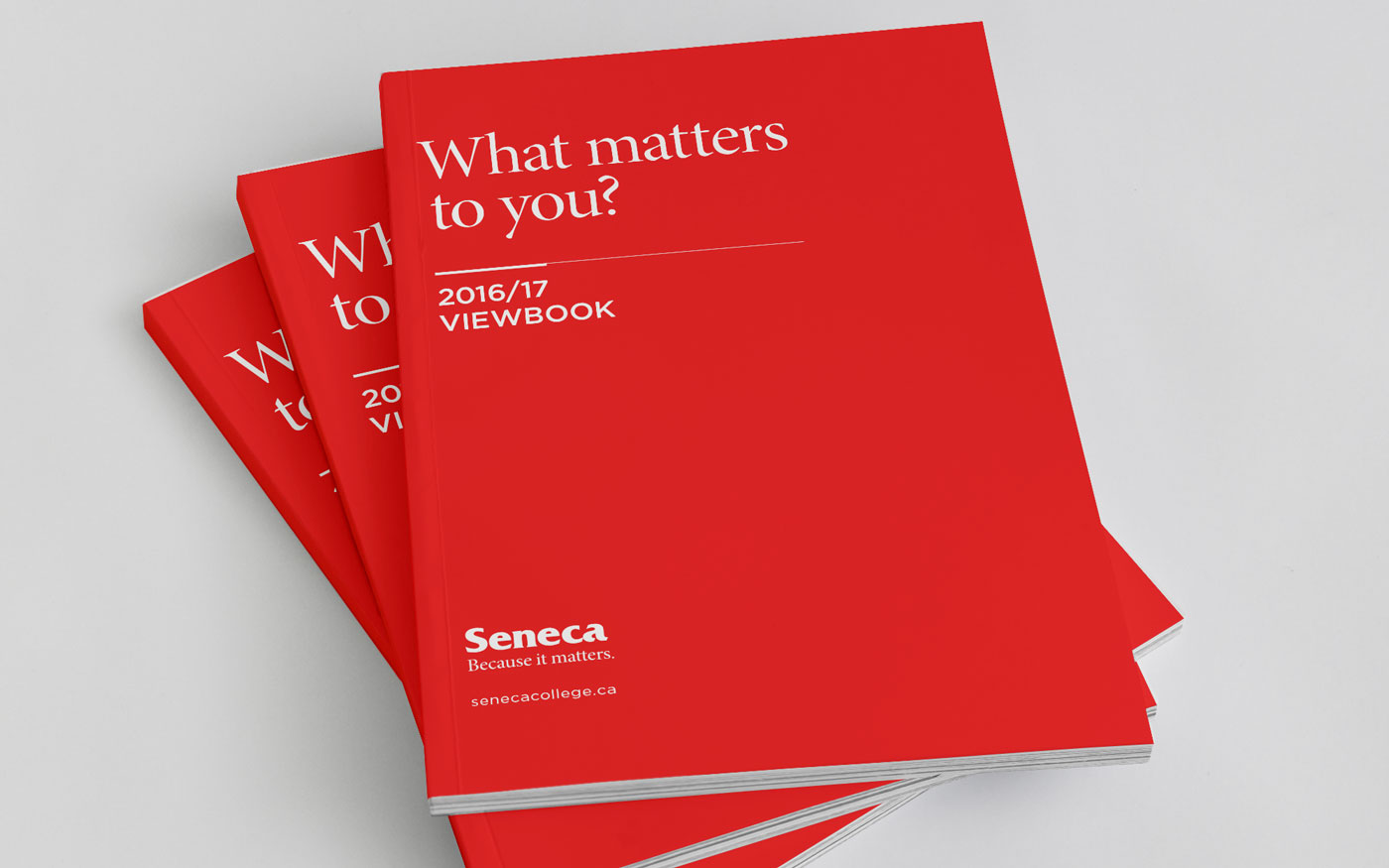 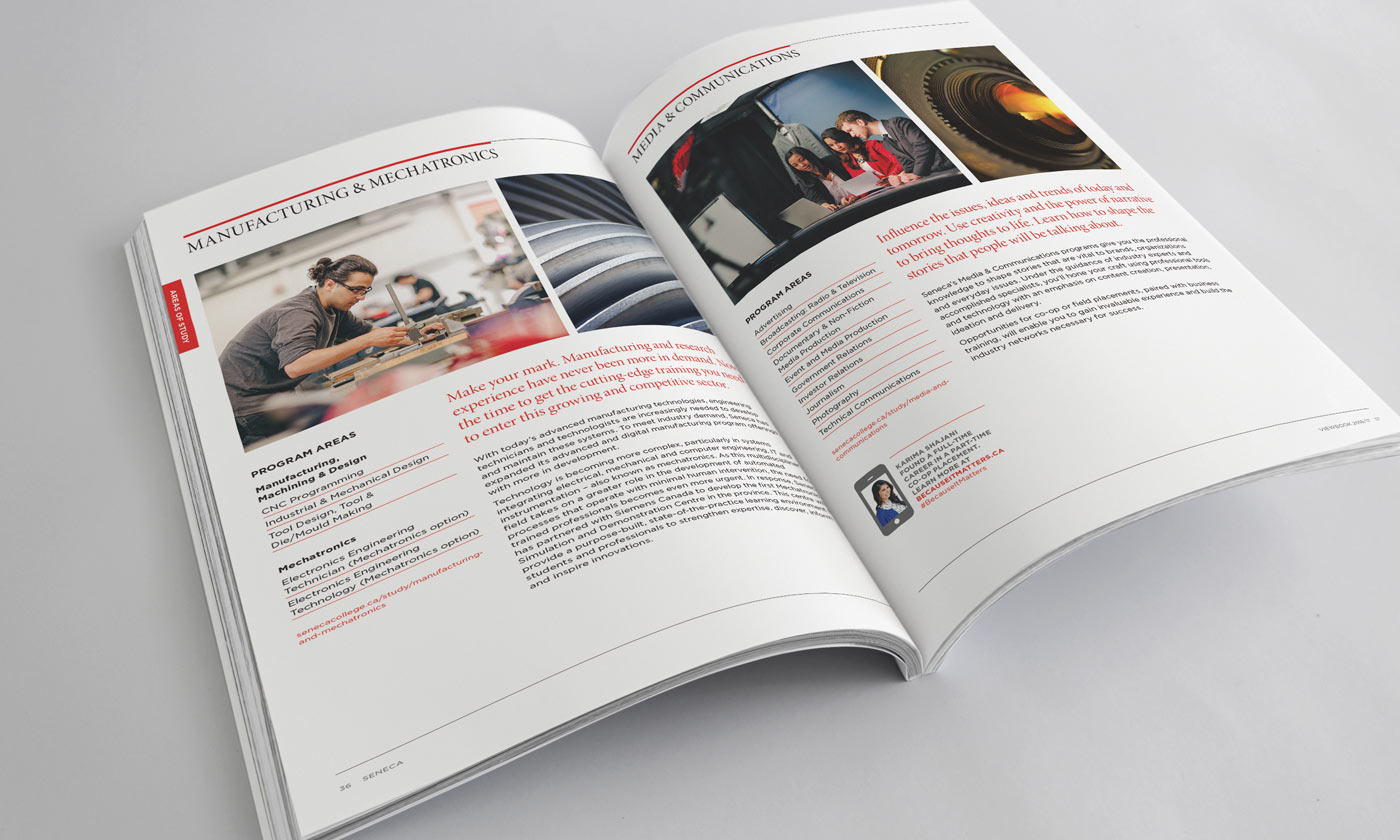